Award-winning land artist Strijdom van der Merwe uses the materials provided by a specific site, while his sculptural forms take shape in relation to the landscape. His multiple international awards include the Jackson Pollack-Krasner Foundation Grant as well as the Prince Claus Grant, Amsterdam. He received the Medal of Honor from the SA Academy of Arts and Science and won It’s LIQUID International Contest – First Edition 2012 Italia, for sculpture and installation.

He has had numerous exhibitions and collaborations all over the world, including Turkey, Belgium, France, Sweden, Italy, Germany, England and the Netherlands.

He is a member of the curatorial panel for World Design Capital Cape Town 2014. 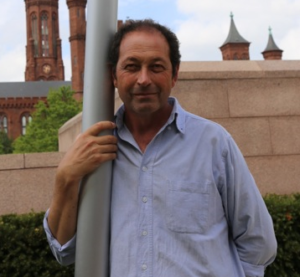